This Valentine’s Day, I opted to spend the night basking in the sultry sounds of one of my favorite bands right now, The Marías, who sold out the OC Observatory. The María’s first came on my radar when I heard them perform at the Long Beach festival, Topicalia, and I’ve been in love ever since. They released a two-part EP, Superclean Vol. I and II, just last year and it’s been in my heavy rotation this year. I was fortunate to snag a copy on vinyl, which features Vol I on side A, Vol. II on side B, and had María sign it during the meet-and-greet after the show.

Their set dazzled from start to finish, with María absolutely mesmerizing the audience in a stunning red dress as her ethereal voice carried across the audience. To set the scene, a table was set at the front side of the stage, and two women sat and were poured wine. The band took the stage, with the men donning white suits with black tops. The vibe was straight out of a ’20s flapper lounge. They opened with “Cariño” and the crowd grooved along right away. “Self-love is most important… and I’ve struggled with it,” María shared with the crowd of lovers. For “Over The Moon,” María said, “this song takes pace in outer space,” and they had everyone take out their phones and shine their flashlights, casting a glittering glow across the room. We were also graced with a couple new songs, not yet available to stream including “Out For The Night” and “Catalyst.” Seductive trumpet solos in songs like “Ruthless” got huge cheers from the crowd. But the cherry on top was a cover they had teased on their social media the day before the performance, one of Britney Spears’ “Hit Me Baby One More Time.” Their take on the song was in true María’s fashion, slow and seductive with some jazzy chords thrown in for good measure. They came out again for a three-song encore, starting with one of my favorites from them, the airy “ABQ.”

The opening acts were solid, with performances from Nashville’s Dreamer Boy and Tijuana’s Vanessa Zamora. Dreamer Boy had the crowd going “yee haw!” and grooving along to their fresh, hip-hop, R&B fusion. Vanessa Zamora charmed the crowd with her synth-heavy indie pop. Songs like “Solegrande” really had the crowd moving. All of her songs were in Spanish, and she threw out copies of her CDs which the crowd leapt at. Definitely acts to keep an eye on!

At the end of the night, fans lined up for a meet and greet with the band, and I got to have my record signed and fan girl a bit with a photo. 10/10 for this Valentine’s Day. 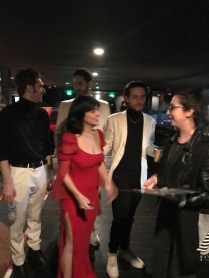 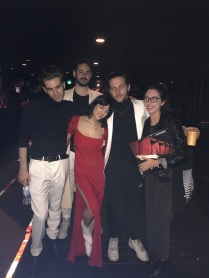 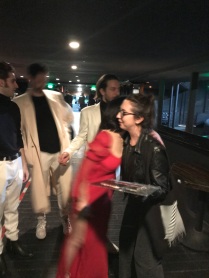