This past Saturday, I braved the heat to attend the first ever Sunstock Solar Festival at the Autry Museum inside Griffith Park. I arrived just in time to beat the crowds, armed with my ticket, purchased at 50% off on Groupon, before Gateway Drugs went onstage. At this time, the audience was still taking cover from the heat, relaxing on a picnic blanket, or taking selfies with the glittering art installation, so there was ample space in the pit. I swayed to the noise rock, that was a little less ’80’s and a little less electronic than I had remembered first hearing them. They shoegazed the majority of the time, crouching to distort the electric sounds and screeches emanating from their guitars. Clearly heard vocals were not a priority, but the sound was still captivating in a way that was unencumbered with the crowd’s response. They unapologetically did their thing.

Trapdoor Social took the single stage next to perform their alternative rock set. Upon reading their “about” section on their website, it’s clear that it’s not uncommon for frontmen Merritt and Skylar to drum up support for a good cause, just as they did for this particular event! Did you know that festivals are required to obtain dance permits? I didn’t! But Trapdoor Social does, and I’m sure they’re learned a lot about what it takes to organize a festival. Donning a Sunstock Solar Festival staff T-shirt, the frontman spoke relateably to the the audience, while demonstrating his saxophone and r&b vocal run skills. He even joined the audience at one point, jumping effortlessly from the stage across the metal barrier to partake in some non-permit dancing. The bassist also shared that they were the only band to offer homemade peanut butter at their merch table. Cool, man! 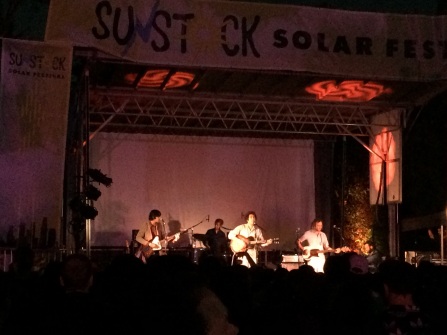 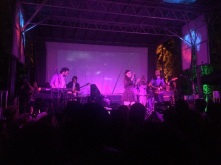 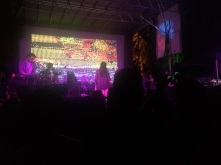 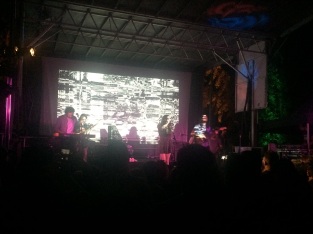 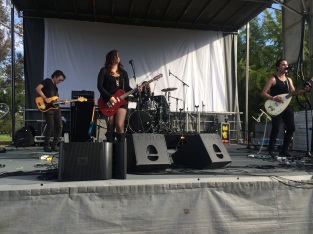 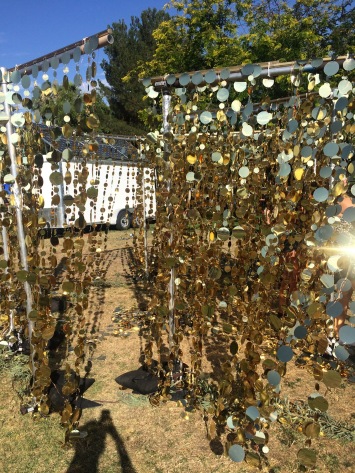 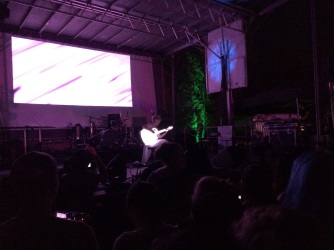 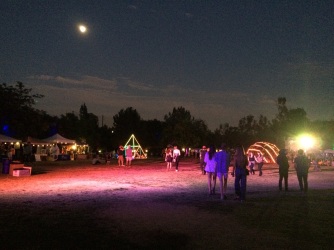 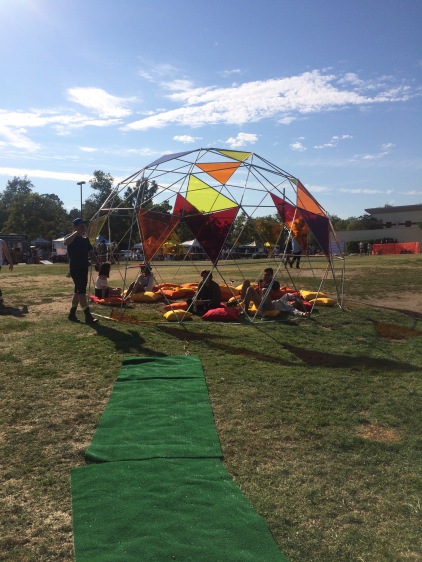 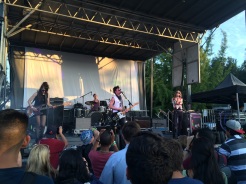 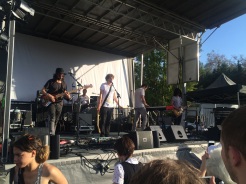 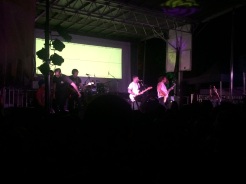 Next was probably the most forgettable set of the night, performed by the Big Pink. Their generic and uninspiring rock didn’t find a place in my Solar Powered playlist, but I was hoping that seeing them live would give me a new perspective, but boy was I let down. The band members seemed genuinely uninterested in their music. It was so boring I could no longer stand and watch.

So, after making a beeline for the porta pottys, I scoped out the many booths and food trucks. Grilled Cheese, Belly Bombz, free beer and root beer samples, Laguna radio, and more all gave a warm welcome to the festival-goers.

As the sun set, Alla-Lahs took the dance party to the next level, as they performed their psych-rock groovy tunes in to the night. The crowd was full-fledged and amped for Wavves, or “The Wavves” according to the introducer. The festival security was not ready for the rowdiness that would ensue at the first note of the set. The crowd responded aggressively, ready for the pace of the evening to be quickened. And the pit was in full form when the band closed with fan favorite “Green Eyes.” I made a mental note to bring more Wavves into my life.

It was already past twelve when Cults took the stage, yet they performed one of the strongest sets of the night. The vocals were on point and the crowd responded well to the mellow sway-worthy tunes. They performed mostly tracks from “Static,” encouraging lovers (and not lovers) to kiss during “Always, Forever” and offering static-y TV-like visuals in their nighttime performance. It was an exceptional end to the day, as the vendors packed up and left during the show, allowing the music to stand on its own.

At any new festival, however, it’s expected that things may not always go as planned. Some things that cast a shadow on this otherwise sunny festival…

But despite these couple of clouds, the acts below shined through. I hope to see Sunstock Festival happen again next year! Check out some videos here: